This is where everything is going to come together as one big platform of me :-

Turning a new leaf in life (from almost 20 years of school to doing whatever I want), I am, from this day forward, going to use this page as my blogging and idea portal instead of the different pages I have previously used. This is where I’ll post all the personal/funny/weird stuff I usually posted on the .blogspot blog along with concept ideas, projects I am working on and other things. The only thing that, for now, is going to be kept separate is the Android blog I am running on android.jamtheman.com – but in the the near future all posts from that site will also show up here.

To make it all a little easier on the eye, things are going to be categorized, so you don’t have to put up with all the personal/random stuff if you are looking for something a little more serious and the other way around.

So, welcome to this new portal of Jam, and good luck to you and to me ;-)

In general, the golf swing consists of four parts that add up to a complete and great swing: The grip, the posture and stance, the backswing and the forward swing (consisting of the downswing and followthrough). All four parts are as basic and important as the others, and “if they are done correctly any player can brake 80” [Hogan – The Modern Fundamentals of Golf].
The grip
The first thing a player does before he is about to make a golf swing is to grip the chosen club, and the way this connection between the player and the club is made has a monumental effect on the rest the swing. The goal of the grip is to gain control of the club without having to squeeze it too hard, as well as to distribute power from the body to the club without one hand being significantly stronger, and thereby in more control, than the other.
To achieve this the player grips the club first with his left hand (for right handed golfers) placing it at the end of the club, holding it mostly at the base of his fingers. Then the right hand is placed just below the left, with the little finger of the right hand placed on top of or interlocked with the index finger of the left hand. This connection between the two hands in the grip allows as much power as possible to be transferred to the club and ultimately the ball.

After gripping the club correctly the player takes his stance next to the ball. This is where he aligns his body to the desired shot, and gets it ready to perform. The first, and for many one of the hardest, part of the stance, is aiming in the right direction, done by taking the stance and aligning the body orthogonally on the ball’s desired trajectory. The most important part of the stance though, is getting the posture right to enable the body to deliver maximum power to the club.

From the grip and down, the first part to get right is the arms and shoulders. As the player addresses the ball, both arms should be fully extended with the pits of the elbows pointing towards the sky, and pressed as closely together as possible, without bending the arms. With both arms stretched and a correct grip, the right shoulder should naturally be a little lower than the left shoulder. In spite of the displacement of the right shoulder, the head should still be placed in the center of the body, looking straight towards the ball.

Next up are back and the legs, where a lot of the power is generated, and the general motion of the swing is defined. The back should be straight and tilted a bit forward, towards the ball, resulting in the rear shooting a little out backwards. To maintain balance and control as leaning forwards with the back, the legs should bent slightly at the knees, placing the player in the best possible position to strike the ball. The angle in the back allows the player to rotate around the back throughout the swing while maintaining the back’s angle as well as the head’s position.

The last part of the stance is the feet, a mostly forgotten, but indeed very crucial, part when players are working on their swing and stance. The common rule is to place the feet apart from each other with approximately the same width as the player’s shoulders, to maintain good balance without spreading them too far, and thereby limiting their flexibility. What players don’t realize is that not only is the feet the main point of balance correction, it is also where all the forces produced in the swing are mounted on the ground giving basis for it to actually be powerful.

This means that the placement of the feet should vary with the different kinds of shots the player wants to make; a little wider for the longer and harder hitting shots and a little narrower for shorter precision shots. On top of that, most of the player’s weight should slightly more on the heals than the rest of the feet. As Hogan puts it:

“Your weight should be a bit more on the heels than on the balls of your feet, so that, if you wanted to, you would be able to lift your toes inside your shoes”.
– Hogan, p.56

Maintaining this weight distribution should give the players as much grip on the ground a possible as well as it automatically affords the correct posture in the rest of the body.

The next part of the swing, is where the first actual motion of the swing is carried out, the backswing. This is the part of the swing that builds up tension in the muscles and prepares the body to perform the forward swing. The goal of the backswing therefore is to reach a position in which the player has maximum tension while maintaining control of the club and its motion.

To best build up the tension and ready the muscles for the forward swing, the motion towards the top of the backswing should be a chain action motion that is the reverse of the downswing, as explained later. The player should start the motion with the hands, lifting the club up and to the right, by flexing the wrists, and then start moving the hands and club to the right. Moving the hands to the right automatically starts the next part of the chain action motion, moving the arms and the shoulders. To maintain as great an arc as possible for the clubhead to travel on, an thereby to gain speed and power on, the left arm must be kept stretched throughout the backswing. This automatically leads to bending of the right arm as the club gets closer to the top. At the top of the backswing a line through the left arm (still straight) should point almost directly down at the ball, meaning that the shoulders must have rotated about 90 degrees. The rotation of the arms and shoulders automatically makes the hips turn and the player flex his legs a little. The hips should not turn more than necessary to turn the shoulders, as the tension created in the muscles of the legs, hips, back, shoulders and arms will be at their full potential at this point, with the entire body wound up like a stretched rubber band.

The entire motion, and especially the rotation in the hips and the flexing of the legs results in a shift of the players weight and center of balance towards the right foot. Shifting the weight over is not only a natural part of the players motion to maintain balance, but also a key factor in adding power to shot, as it allows the player to shift the weight back to the left foot as part of the forward swing, adding all that power to the ball. Hogan notes that the shift in weight has an effect on the feets contact with the ground as well:

“Let me caution you against lifting the left heel too high off the ground on the backswing. If the heel stays on the ground – fine. If it comes up and inch off the ground – fine. No higher than that, though – it will only lead to faulty balance and other undesirable complications.”
– Hogan, p.74
Throughout the backswing, the player should imagine that there is a plane going from the ball through his neck and is parallel to the direction he is aiming. As the players left arm gets to about hip level he should keep it as close to the plane as possible through the rest of the backswing without ever raising it above the plane. This helps to get to the right position at the top of the backswing and adds control.

All the previous parts of the full swing are parts that readies the body for the forward swing in various ways, adding power while maintaining control. If they are done correctly, the motion of the forward swing should be natural, and hereby allow the player to apply full power without doing the fundamentals wrong and lose control.

After the ball is hit, the followthrough starts with the club reaching its maximum speed just after contact. The rest of the followthrough is about decelerating the club without losing control by letting it travel as long as possible, putting it to a stop behind the player over his left shoulder. During the followthrough, the rotation started in the downswing is continues to the point where the hips are orthogonal on the balls line of flight, and the shoulders are rotated even more. A result of this turn is that the heel of the right foot has left the ground and only the toes are on the ground and the right leg is rotated almost 90 degrees to allow the rotation of the rest of the body.
Just as in the backswing, to allow the clubhead to travel the largest possible distance, and thereby gaining the highest possible speed and power, one arm should be fully stretched throughout the forward swing. During the downswing it is the left arm, and just after the ball is hit the right arm is stretched and stays that way, leaving it to the right arm to bend and allow the last parts of the rotation.

During the forward swing, the weight should be shifted back from the left foot towards the right foot, done rotating the body and moving the hips laterally towards the left. Hogan describes the the shift in balance with these four quotes:

As the player swings the club forward, he should again imagine a plane to move the clubhead along. The plane is almost identical to the one in the backswing, only tilted a little further as a result of the hips movement to the left, but still with fixed points at the player’s neck and at the ball. 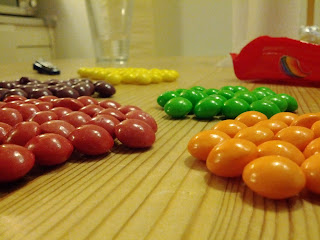 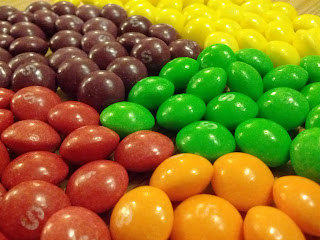 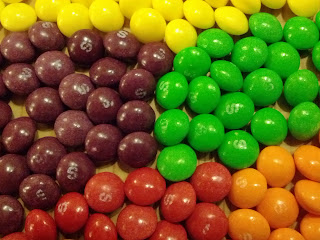 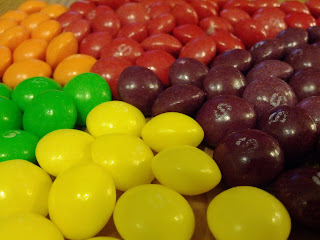 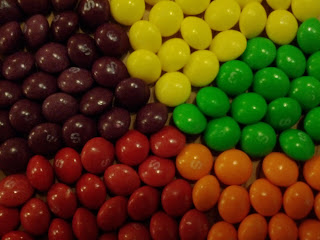 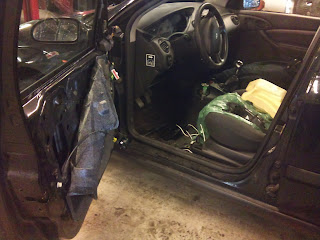